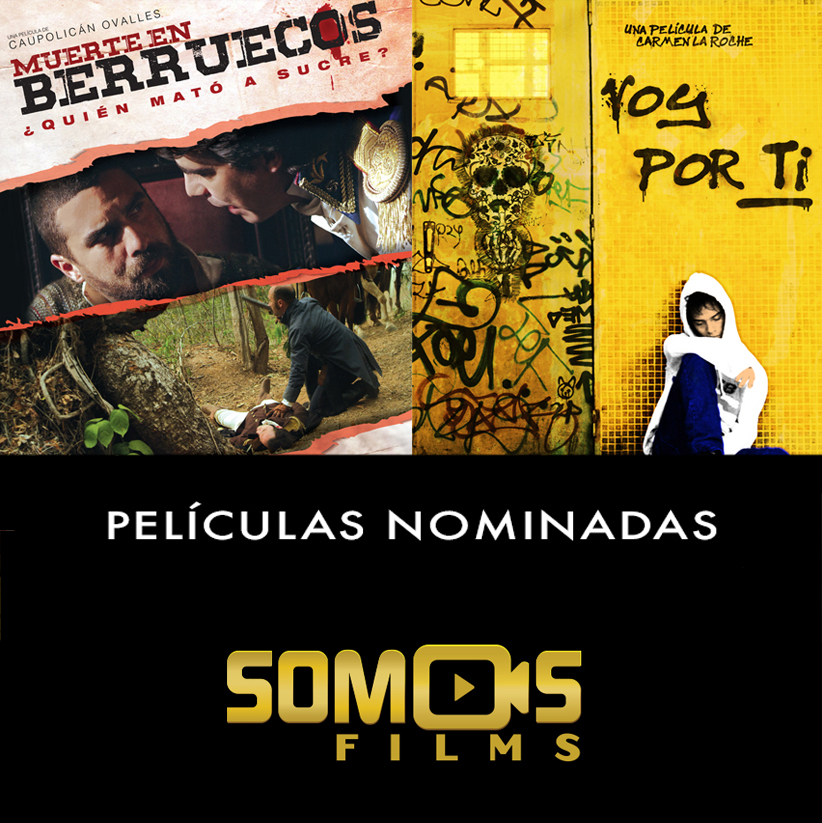 MIAMI, Fl., February, 2019 - SOMOS FILMS, the company dedicated to the production of feature films in Spanish, part of SOMOS Group, proudly announces that its coproductions "Muerte en Berruecos" and "Voy por ti", will be participating in two important film festivals, proof of the cinema quality that begins to be part of the company’s catalog. "Voy Por Ti" has been nominated at the Miami International Film Festival in the category of HBO Ibero-American Feature Film Award and "Muerte en Berruecos" has been shortlisted in eight nominations to “Los Premios Platino del Cine Iberoamericano.” With these awards SOMOS Films begins to put its brand into the film production.

On March 3, "Voy Por Ti" will compete at the Miami Film International Festival in the HBO Ibero-American Feature Film Award. This screening will be its world premiere where, apart from the company's team, its director Carmen La Roche will be present. The plot is set in a secondary school where there is a complex and brutal environment. Here part of the life of Marcos (Gregory Maldonado), a student with a humble life whose hobby is collecting insects, is developed. On the other hand, there is Yorman (Santiago Osuna), another student whose hobby is a collection of erotic encounters in the school bathroom, and he is the leader of his classmates. Between them there was never the idea of crossing each other’s lives until Maryuri (Genesis Vernaza), the girl they both like appears. This causes a confrontation between the two. "Voy Por Ti" is linked to the current theme of "sexting" and "bullying" so current in contemporary adolescents.

"Muerte en Berruecos" has been shortlisted for Best Fiction Film, Best Direction, Best Actress, and Best Screenplay among other categories in “Los Premios Platino del Cine Iberoamericano.” Directed by Caupolicán Ovalles, the film is set in the mid-nineteenth century and follows in the footsteps of Captain Alejandro Godoy to discover the facts that led to the murder of Marshal Antonio José de Sucre. Convinced that much of the files has been destroyed, Captain Godoy decides, at the risk of his own life, to reopen the mysterious case, perhaps in search of a political conspiracy at the highest level. The story is set between Venezuela, Panama and Ecuador.

Luis Villanueva, President and CEO of SOMOS Films stated: "I am very happy and proud of the impact our films are having.  It is very stimulating to achieve a recognition already with the nominations, and hopefully they will do very well in these Festivals and competitions. We strive to establish alliances with people who know the subject of cinema, and we hope to increase our catalog with several productions that are already underway. These films will be enjoyed by the international audience and eventually in our film channel originally produced in Spanish, ViendoMovies".