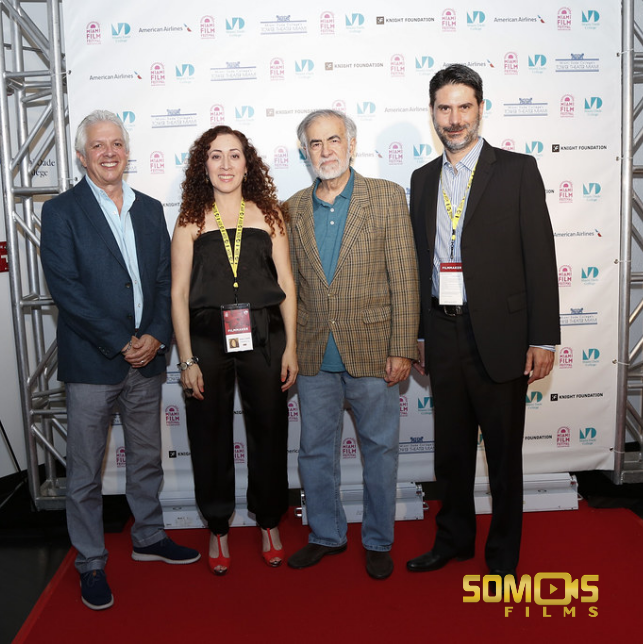 The Venezuelan film Voy por Ti (2017), a youth drama co-produced by Productora Cinematográfica Zona Fílmica, Xenón Films, and SOMOS Films, is competing for the official nomination at the 8th Platinum Ibero-American Film Awards in the Platinum Film in the categories Platinum and education in values and for the best supporting actress (Andrea Levada).

Voy por Ti, La Roche's second feature film, deals with current issues such as sexting, sexual and school harassment, bullying, machismo, and feminism. "That is why the film has served many institutions inside and outside Venezuela to use it as a framework for discussing these issues," she explained.

The film was produced in 2017 in Venezuela, during “a very difficult year, where street protests were one of the elements that endangered the production, but despite this, we were able to finish it. We were working with young students, precisely the generation that was on the street,” said La Roche. She stressed that the cast of young people themselves insisted on the importance of finishing the film.

La Roche highlighted the importance of the film for the survival of Venezuelan cinema. “Our industry has lost national investments. We insist on adding international co-producer partners such as SOMOS Films. Now we need more than ever that international platforms allow us to continue to endure, that the name of Venezuela continues to be present. An official nomination is very important because it vindicates the value of making films in Venezuela. We hope to relaunch the tape and that other streaming platforms want it worldwide,” she concluded.

Voy por Ti had its world premiere in 2019 at the 36th Miami Film Festival which opened the doors for its tour in other festivals such as the 35th edition of the Festival del Cinema Latino Americano di Trieste 2020 (Special Jury Prize), as an Official Selection of the 21st FILMAR edition in Latin America and at the 37th Bogotá-Colombia Film Festival, among others.