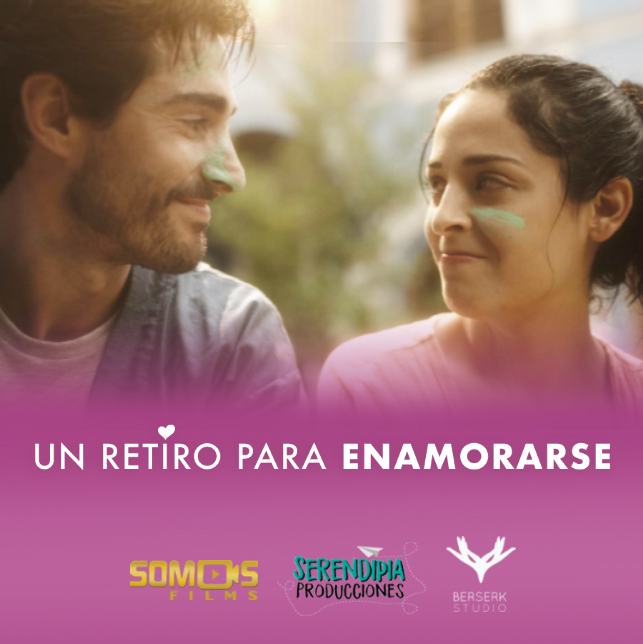 Un Retiro Para Enamorarse is a romantic comedy, it was filmed between Peru and Spain. It is a cinematographic work aimed at the general public, with which they will not stop smiling, with easy connection and identification and with a powerful message for our times. It is the perfect combo to spend an afternoon at the movies.

Un Retiro Para Enamorarse is about a mysterious place, older than time itself that appears every few years in different parts of the world. This place selects a group of individuals from multiple nationalities who need to change their lives and re-find their path.

The film stars Juan Carlos Torres, a Spanish actor, and the renowned Peruvian actress Andrea Luna, and has the participation of talents such as Merly Morello, Alexandra Barandiarán, Gian Piero Díaz and Alejandra Bejár who make up a fantastic cast.

Jesús Alvarez Betancourt is an award-winning director, based in Lima, Peru with more than 20 years of experience in the industry as a writer, producer and film director. He has directed films such as Sobredosis de Amor (2018), Me Haces Bien (2017), Japy Ending (2014) and Quizás Mañana (2013).

Luis Villanueva, President and CEO of SOMOS Films expressed his satisfaction: “We are very happy with this co-production with Serendipia Producciones and Bersek Studios. With this film we continue with our strategy of expanding our scope of action to more countries and strengthening national production. I am sure that with Un Retiro Para Enamorarse we began a very valuable relationship and added a very good film to the SOMOS Films catalogue”.

Un Retiro Para Enamorarse joins the portfolio of SOMOS Films, a company that already has 10 productions in its catalog, several of them with participation in international film events and produced in different countries such as: Mexico, Colombia, Venezuela, Peru, Puerto Rico, among others.

About SOMOS Films: SOMOS Films LLC is a company specialized in the production of films in Spanish and made up of a team of highly specialized professionals. SOMOS Films is part of the SOMOS Group companies and participates in co-production and own production projects. The company generates, evaluates and develops ideas, with a philosophy of flexible participation in the different phases of film production. For more information, visit www.somosfilms.com