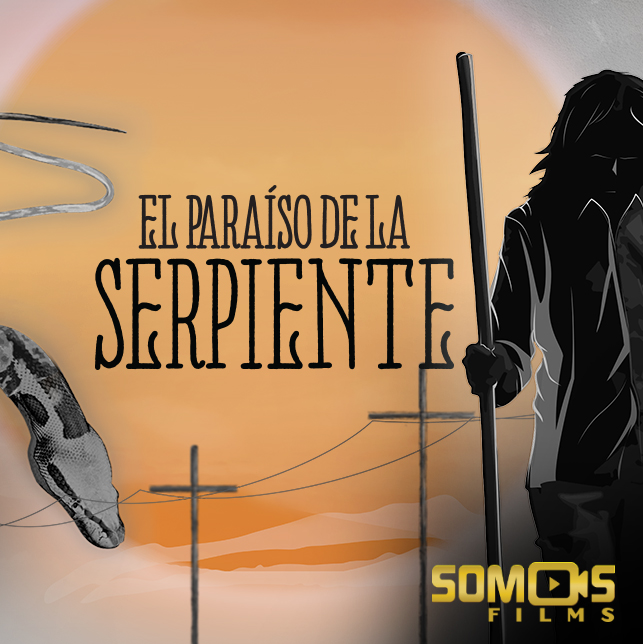 MIAMI, Fl., September, 2020 - El Paraíso de la Serpiente, the co-production of SOMOS Films (a Spanish feature film production company that is part of the SOMOS Group and chaired by Luis Villanueva), is participating in prestigious international festivals reaffirming its artistic and technical quality. In a short time, the film has left its mark on the international film scene, being accepted at the Festivals of Rome, Beijing, Sao Paulo, Guanajuato and Kolkata.

Directed and written by Bernardo Arellano and produced by Ángel Tomasis, El Paraíso de la Serpiente is a black and white film with colored scenes filmed in Mexico, the United States and Italy. The films is produced by SOMOS Films, Biznaga Films, La Maroma, Bibi Films and Cine La Provincia. The plot happens in a community that lives abandoned in the desert. A car accident in the middle of nowhere catches the attention of a young cowboy (Sky) and his grandfather (Bernardo). The injured man does not remember who he is or where he comes from, but after having a mystical vision in a cave, he begins to perform healing miracles in the town. He makes invalid people walk, blind people see and heals the plague. The town inhabitants call him The Prophet. However, the Priest of the community and the altar boy will oppose the stay of this “prophet” who will test their church and their concepts about faith.

In the midst of the pandemic that is being experienced worldwide, festivals have shown that great events can be held in these times in a safe and friendly way. The Beijing Festival, which was held from August 22 to 29, gained acceptance among its attendees and El Paraíso de la Serpiente had the opportunity to make its world premiere there with two full-capacity shows and good reviews.

The film will also be presented at the Sao Paulo Festivals as a national premiere, at the Guanajuato Festival in the Special Sample selection and at the Kolkata Festival in India.

Luis Villanueva, President and CEO of SOMOS Films stated: “The participation of El Paraíso de la Serpiente in these festivals fills us with pride by contributing to the presence of Spanish-language cinema in international events and making it available to the public. We believe that us, and the productions companies that participated on this film, feel that we achieved a very good movie with excellent production values. We know it will be enjoyed by the international audience.”