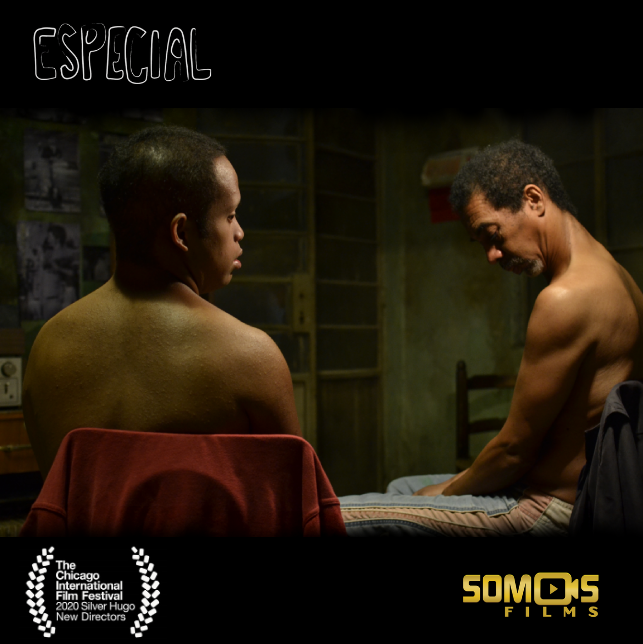 MIAMI, Fl., November, 2020 - Especial, the co-production of SOMOS Films (a Spanish feature film production company that is part of the SOMOS Group and chaired by Luis Villanueva), made its world premiere at the Chicago International Film Festival, competing in the New Directors section and receiving the Silver Hugo award in this category. The festival is considered one of the most prestigious international cinema events in the United States.

Especial is a co-production of SOMOS Films (USA), El Dorado Films (Venezuela) and Divarte Cine (Venezuela), and is directed by Ignacio Marquez, whose work receives deserved recognition. Both protagonists (Greyber Rengifo, actor with Down syndrome, and Ruper Vásquez, Venezuelan musician) had their first acting work in this film, with personifications marked by great emotion and professionalism. Music has an important weight within the scenes, salsa and Latin jazz become one more character in the story. The film has a special performance by Alfredo Naranjo and his Be Jazz Sessions (quartet), who not only makes an appearance in front of the camera, but is also responsible for the music of the film.

Especial tells the story of Chúo, a charming young man who must navigate the challenges of early adulthood with Down syndrome, as he seeks to build a life independent of his troubled father, a frustrated percussionist and alcoholic, who struggles to give the best to his son.

Luis Villanueva, President and CEO of SOMOS Films, expressed his satisfaction: “the recognition of Especial fills us with pride because it is a film with great sensitivity and love for truly special people. The story is treated with sensitivity by Ignacio Marquez, a director who took on a great challenge and executed it with skill and art.”